By Christie LaValley for Under the Covers on ipmnation.com
***This is in no way is an ad for sex.  These are suggestions for your personal life, not for office visits.
One of the most important things that we could possibly discuss is Sexual Etiquette.   Following the Golden Rule (Do unto others as you would have them do unto you) is a good start, but considering that Sex is very personal and quite diverse amongst individuals, the Golden Rule is just not enough.  I think this is a great topic to discuss.  Due to its great diversity the show will be done in two parts.    Enjoy.
Below you will find many blurbs taken from around the internet with their links.  I did not feel edited them would show the diversity of thought.  I would like you to explore sexual etiquette for yourself and make your own opinion of what is right.
This was adapted by a college as a guideline for its students.
1. Never, never use force. It is never the thing to do. Not if you are married; not if you have previously agreed to have sex; not if all clothes are off. It’s OK to say “NO WAY.” At any point in a sexual relationship, either individual has the right to say, “I think we should stop.”
2. Respect the right of another person to say “no.” When a person says “no” he/she is not saying, “Try harder so I can feel swept away.” When a person feels he/she has gone far enough, it is not an invitation to be seduced.
3. Do unto others, as you would have them do unto you. Always ask the question: “Would I want someone to do this to me, to my sister, to my brother or to a friend?”
4. A couple should recognize that public expression of sexual intimacy might embarrass or offend others. [Get a room!] When expressing oneself sexually, one must respect the sensitivities of others. Your sexual orientation has no bearing on this.
5. It is usually not appropriate to talk about an intimate sexual relationship with a third party. Bragging about sexual conquests can cause a great deal of pain and hurt feelings.
6. Parents should respect the needs of their children for privacy with regard to what they are doing sexually. Similarly, children should respect their parents’ needs for privacy in this area. Parents and their children may choose to bring into a conversation a given sexual experience but this should not be an expectation. Generally, no pressure should be placed on a parent or child to reveal information about intimate sexual relationships.
7. Both partners in a dating relationship should be prepared to accept responsibility for their actions. Before intercourse both partners should ask themselves, “How would I feel and what would I expect if …..?” The consequences of a sexual relationship (sexually transmitted diseases [STD], pregnancy, and/or long-term issues like pelvic pain and infertility) often fall more heavily on the woman involved. But again, sexual orientation has no exclusive bearing on this.
8. Never Negotiate Naked
9. Given the serious potential consequences of sexual intercourse, it is appropriate to inquire about infections a potential partner might have at the present time or might have had in the past.
10. It is also appropriate to speak openly about contraception prior to intercourse.
11. It is appropriate for one partner to contribute money toward contraceptive supplies, STD treatment and exams or clinical visits.
12. It is often important for an individual to communicate to his or her partner just what one prefers to do or to have done – just what causes pleasure and what causes discomfort. Communication is the key to a healthy sexual relationship.
13. Sexual harassment is not a joke. Women especially view harassment as intrusive, thoughtless, insensitive and a violation of their personhood. However, it doesn’t matter if you are male or female, gay or straight, it is still inappropriate.
Adapted from Sexual Etiquette 101 by Dr. Robert A. Hatcher and with material from San Diego State University
http://www.csun.edu/shc/pdfs/education/sexual_etiquette_101.pdf
These were a few interesting points from Lifescript.com
3. You need to disclose that you have an STD
Many people with STDs fear that they’ll be rejected if they share their status with a partner. That anxiety can lead men and women to keep mum about their STD, figuring that they don’t have to volunteer the information if their partners don’t inquire. 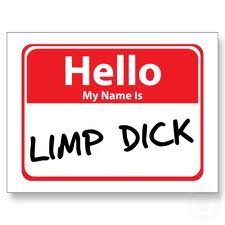 Read more: Sex Dos and Don'ts - Sex Etiquette - Marie Claire
So here’s a list of common sex etiquette mistakes that men make in the bedroom – they may be slight and unintentional, but most men are better off without these — ask your women!

Poor Hygiene-  You know she totally won’t be begging for more if you show up unshaved, haggardly and with a bad breath straight from hell. You really should take some time to groom yourself and clean yourself appropriately. If it’s a case of random, spontaneous sex thought, never hurts to excuse yourself for a minute or two and visit the bathroom to clean up!

Ripping Her Clothes-Oh we know – the way the movie stars do it, you may as well dream for it to be the stuff fantasies are made of. But it’s not. Not sexy at all. Or even practical. This ain’t no movies and someone’s got to sew those buttons back on. Some come however strong the passion, or the urge to rip – restrain.

Allowing Interruptions-Unless something or someone’s on fire, you’re better off not letting a telephone call interrupt you in the act. It’s just not good etiquettes, and not very flattering to the lady as well. There may be other unavoidable distractions like someone knocking on the door – in that case its best to wrap things up quickly before the mood is ruined.

Not Cuddling-Most women dread the post-coitus-no-cuddle-get-up-and-get-dressed-routine that most men seem to be hardwired into. It just leaves a woman feeling unwanted. So remember delivering the obligatory cuddle. Believe us; most ladies would love you for that.

Being Selfish-If you want to be known as a good lover, being selfish sexually is a big no. Granted it’s not always possible to be not selfish all the time, but ideally sex should be equally pleasurable for both the parties involved in the act.

Springing Fetishes On Her-If it’s a sexual preference out of the common order, it is best to ask before springing it onto your partner. Whether it is a foot fetish or S&M or any other sexual leaning, discussing it before her is best rather than whipping out the handcuffs out of the blue and freaking her out!

No Foreplay-Foreplay is as important to most women as sex is to most men. There, we have put it as pointedly as possible. And here’s another tip: foreplay doesn’t have to begin only once you have entered the bedroom; a good way to start the ‘act’ would be to point out to her how sexy she looks. Point we’re trying to make is: stimulating her in all possible ways you can before hitting the sack, best bedroom etiquette ever!

http://blog.pharmacywebstore.com/?p=381
If you have any guidelines that you think are important, please feel free to email mail me at underthecovers.Christie@gmail.com.  I would love to hear them and share them with the world.