By Christie LaValley for Under the Covers on ipmnation.com
***This is in no way is an ad for sex.  These are suggestions for your personal
life, not for office visits.
In learning the history on the views of Sex, we will find the History of sex is interesting because it really has nothing to do with Sex , but of war, male domination, state and religious power and control.  In the beginning of time as found Ancient Egypt, Pyramids were built with the context of comic sexuality.  Sex was how gods kept the world alive.  Sexual love was divine. 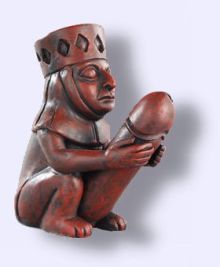 It is believed that Argyle, the creator god masturbated to create the world.  We as his creations were to replicate the Gods behavior to show our respect. Masturbation was even done publicly to honor the creator at festivals. Male and female were equal in ancient Egypt. You needed balance of opposites, so man and women had the same rights. Sexual  behavior  was sacred and how the world kept going.
Even in ancient Israel,  sex was sacred as shown in the bible in the “Song of songs” which is over  5000 yrs old.  It talks about the sexual desire with our loved one as the center of honoring sex as the gods did.  The One God’s loved one was the Female Eostar which Easter is named after.   This changed in 650 BC  when Temple priest decided that any god that had any connection to other religions that had to be thrown out.   This was a reaction to a war lost to another culture. Goodbye  Eostar,  Mrs. God.
With the Loss of Eostar,  there was a need to show that women were still part of creation, but evil and trouble. This when the story of Adam and Eve came out.  Women were no longer looked at as the bringer of life, but as trouble and the downfall of men.  Nakedness became shameful after eating the fruit of the garden.
Eve was the new image of women in the iron age as war changed.  Men took over.  War became important not fertility. As a matter of fact, the Scared Band of Thieves were all homosexuals and believed you brought your lover with you to fight in battle. It was believed you would not back  down in front of your lover.   Alexander the great was homosexual. Ancients did not think being gay was not macho.  During this time men housed their wifes for family, but had sex with prostitutes, slave and boys. 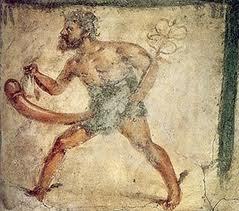 Pictures or statues  of the penis were common which  meant fertility and prosperity found on building or in gardens.
Augustus the  emperor of roman  insisted roman men needed to take a roman wife to make a pure race..  Italian women had dark hair and civilized.  Men at that time being forced to marry brunette and be civilized found blonde slaves more fun.    Woman started dying their hair blonde to be seen as more fun.  Even Augustus’ own daughter.
Love and sex were separate in ancient times. However, Christianity changed the view of sexuality and it is surprising that human life continued after Christ.   Paul said that Christ had told him that unmarried sex was shameful and a sin.  So was homosexuality. Before Christianity there was no behavior that needed to be confessed and forgiven.    The Adam and Eve story in the early Christian church  pushed profound shame of private parts,  married  with the Greek idea of pure love  and  the idea of sin change sex forever.  Marriage was even wrong in the early church, because it involved sex.  A crime against god.    This was a way for the leader of the church to control the population of the church and to keep their power.

Since early marriage were a business agreement  arranged for keeping wealth in the richer families the church played the incest card.  In 12th century  A pope decided that you could not marry any relative that shared any family history for 11 generations for it was now a sin.  In a town of 500 this made marriage impossible.  The church would allow a marriage of a distant relative at a price.  The church finally made marriage a sacrament in 16th century , but  it was still to be sexless unless procreating.  The church even made laws that you could only have one partner, could only have one position,  men on top.  No sex on holidays or fast days or without your clothes on and not in church.
At the same time in India and still practiced today once a year there is a festival of the wedding of the gods.   There is a statue of a penis known as the phallus or  Lingiam in stands in a circle representing the vagina .   Part of the ceremony is  that the worshipers bath the phallus like that of a bridegroom in the products of the holy cow, then  they adorn it for the wedding of the Gods   After this the Gods are to be left alone to have scared sex.  So the town is left deserted until  the next year’s celebration. 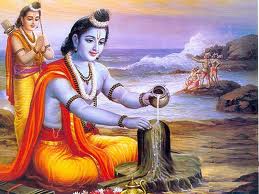 For the first 1500 years after Christ, women were the considered property of man till Islamic influence was seen.  Women there were to be concealed but honored. Sexual revolution of the first 1500 years changed the history of sexuality  in France.  Eleanor of Aquatian who wanted to be honored and was unsatisfied by her lack of sex in her marriage to King Louie of France.  She had her marriage annulled due to incest a and married her lover the Duke of Normandy, Henry.  Henry became the king and  Eleanorwas able to put together the court of love under his rule.  There they spoke of love and battles that were done for the love of a woman.  Sex and love were brought to together in the language of early Romans to become known as the language of Romance.
In the 1100 and  1200’s,  even though the church tried to keep sex down,  Prostitution was a still very  popular and part of many country’s  normal bills to keep their armies happy.     In London,  brothels were licensed by the Bishop of Winchester .
At the end of the 15th century,  the spread of syphilis in 1495 in Naples, everybody blamed everybody else.  It spread all over the continent which started a war on prostitution.  Women bore must of the blame.  Men wanted more control over women’s desire.  However they did not know how women ticked.
Reynaldos Columbus discovered the clitoris in 1559. 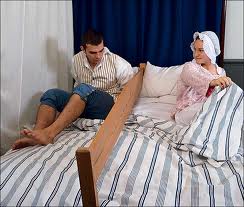 In rural areas they used bundling boards to separate courting young people at night. As science grew, they tried to explain sex.  However, many scientists held onto the church views of sex and instead of embracing sex as a  part of human nature. They claimed that it was illness that made people especially women desire sex.   Women who masturbated, had sexbefore marriage or had sex after menopause were considered mental ill and were classified nymphomaniacs.  If woman showed this behavior, often thet would have a women’s ovaries or clitoris removed . 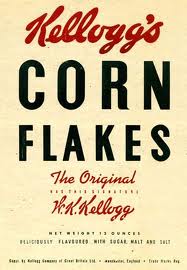 Controlling sex seems to have been a way for country to control their inhabitants.  Even in the early United States laws were made to control behavior.
* Here are some of the early laws and some laws that are still in place.
Before and even through the 1880’s the age of sexual consent was 10 years old and  in Delaware age 7.  It was not till 1889 that is was raised to 16.
Still on books:
Rumble Virginia- Must have lights off
Florida - illegal to handle a women’s breast eve r
Washington DC.  Only missionary position is allowed.
Indiana and Utah.  Erection that  shows  through clothing is illegal.
Info taken from Video:  “The Surprising History of Sex and love”  @  http://topdocumentaryfilms.com/surprising-history-sex-love/