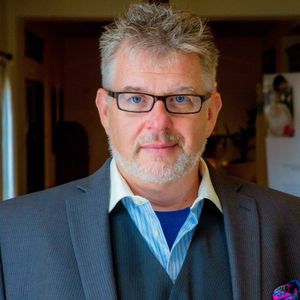 For years, death has been looked upon as either the last stop or the transition to some sort of afterlife. In more cases than not, the latter holds true. From those working as healers over the last thirty years, however, one thing has become abundantly clear: the truth is not always so well defined. Sometimes those who have died become trapped and need to be healed, healed so they may move to the other side, so they may examine their old life and so they may begin their planning for a new one. We call these trapped souls "ghosts."

Those of us who work as healers often receive calls to perform ghost clearings. Over the years, separately and as partners, the souls we have helped move to the other side number in the hundreds. During these experiences, many unfortunate thought patterns on the subject of ghosts have come to our attention. Ghosts have gotten a particularly bad reputation over the last 50-75 years. Between Hollywood and television, ghosts have been portrayed as ill-tempered, spiteful, vindictive, and generally "not very nice." The last few years have seen a limited number of more positive incidences from Hollywood, but the prevailing picture remains a negative one. To help heal this unfortunate imbalance, we would like to address a few of the more pervasive negative myths about ghosts:

MYTH: Ghosts are carrying out a grudge and are trying to be scary and vengeful.

TRUTH: Ghosts, for the most part, are disoriented and do not know why they are trapped. They manifest confusion in their behavior because they do not understand how to pass out of this reality to the other side. The trapped soul will see time going by but not truly comprehend the changes. Like being stuck behind a glass wall, they will watch the world go by without the power to interact with that world.

MYTH: Ghosts will harm you.

TRUTH: Ghosts want to get your attention, not harm you. They are trying to give you clues that they exist in the hopes that you might notice them and help them escape their limbo state. Often, they will attempt to reveal or replay the events that trapped them. The ghost generally has no self-interest in harming you. In our experience, a very few isolated spirits have harmful intent, but the percentage is negligible.

TRUTH: There are things that carry a great deal of negative or darker energy in this world - many embodied (particularly during an election year) and others not embodied. These are not ghosts but energy patterns. You do not exorcize ghosts, you release them. Remember energy can neither be created nor destroyed. If a great deal of negative energy repeatedly patterns in a specific location, you may pick up on that negativity. Similar energies will be drawn together. If a person has a great deal of personal negativity, they may draw upon similar negative energies in a geographic location. This attraction may manifest in physical patterns such as the movement of objects, but these are not ghosts. An exorcism releases energy patterns. A ghost clearing releases actual trapped souls.

MYTH: Only those that believe in ghosts will see them.

TRUTH: Being able to detect the presence of ghosts is like tuning to the right radio station by finding the correct frequency. Some people are more sensitive than others at picking up these frequencies. Children, because of their general willingness to be open, traverse through many different frequencies, and are much more likely to pick them up. Mildly sensitive people who do not believe in spirits will often ignore repeated attempts to contact them, treating unexplained incidents as imagination or another equally "rational" explanation. In one class, we asked if anyone had lived in a haunted house. When a 13 year old girl raised a hand, her mother looked startled. Their previous house had been haunted and all the things the daughter pointed out were things the mother remembered but had just rationalized away. In retrospect, the mother agreed that they had lived in a haunted house. She realized she had seen all the evidence of the ghost but at the time simply did not want to believe that ghosts existed.

MYTH: Ghosts have been dead for a long time, they are not the newly dead.

TRUTH: There have been an increasing number of ghost healings that I have had to do over the last ten years that involve souls that died in an altered enough state, often times overdoses) that don’t even know that there dead.  That have been stuck in their high or are trapped within the trip that killed them.  And until they can not, only be brought into awareness of their own death, but crossed over they are stuck and can not continue on their souls journey.

MYTH: Sprinkle some holy water or burn a little sage and all will be well.

TRUTH: You may detach a ghost from a place that it is “haunting” and send it out into the world but you have not crossed it over without communications and understandings of why the ghost is trapped.  And often times in dealing with a ghost there is almost a childlike or  mentality compromised state that they are traveling in,  so before you send them out wandering- disconnecting them from all that they recognize or do know- ask yourself if this were a small child would you throw them out on the street to fend for themselves or would you help them to get “home”?

Many fallacies and myths exist about the nature of ghosts, some that we have covered here. Do not believe all the stereotypes. If a ghost is drawn to communicate with you it may be because you shared the lifetime within which that spirit became trapped. You passed on and reincarnated, but they did not. Whatever the case, remember that ghosts are merely souls that are trapped on this side. They need our love, support and healing so that they can look to the other side and travel to the light.

Book Dr. Kevin for a session at SessionsWithDrKevin.as.me.