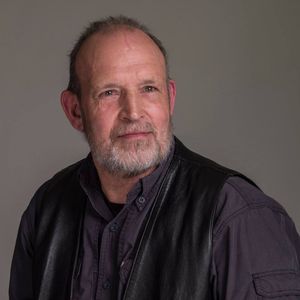 Okay start packing up.! The market was closing. Many of the stalls were long gone. Portobello road was almost empty of shoppers. No wit was a rush to get everything packed up and gone.

It had been a fair day. Wally pulled the last of the fried onoins. Hot dog sauasages and hamburgers from the hot plate and went to collect his battered old van.

I looked down. I had peeled  nearly two sacks of onions. My hands were stained yellow from the acid. No doubt on Monday another teacher would drag me to none side and accuse me of smoking . The yellow stain was almost the same  as nicotine. Luckily the aroma of onions would back up my story.

The battered van coughed and spluttered to a halt.  Together we began breaking off the stall and loading  it into the van. Wally had a stall in another market run by his wife  so everything had to be packed in just so.  Finaly with a last grump and sarcastic remark it was all packed in and Wally grudgingly stuffed a crumpled 10 shilling note into my hand.

10 shillings,  I had worked all day for that.  Up early to get the bus. To the market. Help set up the stall and have it ready to go at  nine o clock./ now it was gone six o clock I was tired sweaty and stinking of stale fried onions. But yes that crumpled Red Brown note would fill my dream for coming day.  Once  safe back home I was washed and fed and finaly tucked up in bed to sleep the sleep of the rightious.

Come on sleepy head. Its  just gone eight.. Yes Mum. Almost instantly awake I rolled out my bed. Washed and dressed in my Sunday best.. pressed trousers, blazer, white  shirt and tie. I shovelled a big cooked breakfast inside and off to church for the nine O clock service. Where I would meet up with my girlfriend Jane and her brother. The service could not go quick enough for us. We had things to do. The service over and I said goodbye to my Mum .Jane her brother and I headed off to the undreground station to buy our bus   rover tickets. We ordered our three half fare Rovers.. I paid for mine with the crumpled up 10 shilling note. A quarter was now spent. I had seven shillings and six pence left with which to run riot in London.

Laughing we sped off to catch the number 15 Bus.. top deck in the front. So we could see all the sites as it wound its way toward east Ham.. along Ladroke grove. Down the Edgeware road.  Along Oxford Street,  regent street ,Trafalgar square.. past Saint Pauls and into the city.. Our First stop would be at Liverpool street.. we hopped off. And made out way to Club Row and petticoat lane.

Our valubles pushed deep in our pockets we wandered around the different  market stalls. Stopping to watch some off the deminstrations of the latest wonder  instrument. To clean windows cut glass. Chop onions. Or super toy car.. there would be second hand tools stolen bucycles. You name it it was in sale down petticoat lane.  In Club row we looked at all the animals. In the corner the reptile man with his liards and grass snakes. Puppies . Kittens,  Rabbits. Guinea pigs and Mice. Plus all sorts of birds. But also the Banana man

I had been told no pets. Mum had never forgiven me for bringing home a puppy I had bought for my left over  seven shillings and sixpence.. The seller told me  it was a spraniel dog. It  turned out to be an almost pure  Golden labrador Bitch who was far to Young to be taken from her mum.. So okay bananas. The man would break off a hand of bananas from the stemm and start the bidding.. we would got a big hand for  two shillings.. that would keep us going for much of the day.. we stopped by the pet shop and had a chat with the Minor bird. He was amazing you really could have a discussion with him.

Then back on the bus. And Woolwich.. we would change busses opposite the Tate and Lyle sugar factory. And get the bus to the Ferry.. The bus winding its way past the docks where we could see the masts and funnels of all the ships.

The woolwich ferry. What an adventure. It was free for foot passengers  and  you could ride on it all day if you wished. It had independant paddle wheels coal fired steam engines. And you could see it all working. All gleaming steel and brass.. One paddle Wheel would be turning slowly to hold the ferry alongside side the jetty. This would be beating the River into a grey foaming mass. Which would be blowing around on the breeze.  Looking through the gratings you could see the engineer stoking the boilers or in the engine room  oiling the huge flywheels. It wasnt really a girly thing and after a couple of  crossings  jane had seen enough. On the other side of the River was the pie man. Selling hot steak and kidney pies.. that was our lunch. A big steaming pie and  a drink. What now? We looked and saw  the bus going to Chislehurst caves.

Yes the caves!.. We had been there before. The caves were man made carved out of the chalk. Thhere were miles of them. Dating back to pre history. They had even found the fossile of a dinosaur in them. A Plesiosaurus.  They had been used by the Romans. As they had found roman artifacts in the well in the cabes. They had beenn used as a shelter in the war. There was a part used as a church with an alter where a baby born in the cave had been baptised. And there was a haunted cabe. Supposed to be the ghost of a woman that had been trapped and drowned when a cav  flooded.. But when we got there sadness. The caves where shut. So we sat above them , ate a banana  and discussed what next. It was time we started heading back.. I did not want to get any further on the bad side of Janes Dad who apparently hated me for some reason.  I know now  its just a Dad thing.

We got the bus back to Woolwich where we  got another drink at the stall..

We decided we would go back along the south bank of the Thames.  Again the happy rush to the top deck and front Seats. Along past Woolwich barracks with the huge guns on the parade ground.

Greenwich and The Cutty sark. Then Tower bridge loomed before us in all its glory . Across the river The tower of London gleamed in the late afternoon sun.

Hopping from bus to bus. We found our way to Westminster bridge. Back across the Thames. Past Big Ben , around parliment square,  up Whitehall past the Cenotaph and Horse guards.Tthere was trafalgar square and Nelson s column.. Playtime again. Trying to catch pigeons. Splashing water at each other.  Janes brother had run out of pennies and there in the fountain were pennies thrown in by tourists. He got a few and a wet sleeve. After stroking the lions. We hopped a bus to speakers corner at Hyde park . To hear what different people had to shout about.. It was fun.  A myrid subjects  from religion to near anarchy. Each speaker with their crowd. Sometimes there would be some heckling by a person in the crowd with a different opinion. A quick look in the fountains. But alas the water was  to deep or we would have been rich beyond our wildest dreams.. So once again back on the route 15 home.. back along the Edware road.  Back through Ladbroke grove. Down past Hammersmith Hospital.. As the bus thundered  past the Gates to  Wormwood Scrubs Prison  we  rang the bell to stop the Bus.

Home… I walked with Jane and her Brother to their house and then back to mine.. At home  my Sunday dinner had been saved and was waiting for me. Now fed and tired but happy, most of my Saturdays pay gone. I crawled into bed,  I had school in the morning.

Back in the four walls.  Bored out of my skull by my uninspiring teachers.  My mind was  rolling through all the adventures  we had had the day before. All the sights we had seen…

Herbert! The masters voice bellowing next to my ear jarred back my attention.  Have you been smoking? As he looked at my hand.  No sir.! Whats that nicotine  stain on your hand then.?  Its from onion juice sir, my Saturday job.  Look, both my  hands are stained.

Hurrumph….the disbelieving reply…. Pay attention to the lesson.. Yes sir..  And  my memory drifted back  to the sight of the Cutty sarks masts spearing the sky at Greenwich. The Cranes and ships  funnels around  the London docks. The gleaming brass and steel of the Woolwich ferry’s engines . The Ships moored along the Thames Emabankment. HMS President . The Royal Navy reserves ship The Chrysanthemum. The Master mariners ship. HMS Discovery, that had taken  Captain Scotts  ill fated expedition to the north pole.

If X plus Y squared equal 14 what is the value of X.?  The square root of zero when compared to  Red Rover on a Sunday morning. Well worth the stench of a sack load of onions and yellow stained hands.