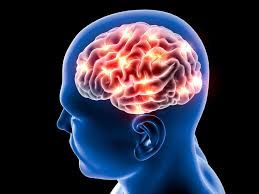 Not all situations are black and white, it’s best to obtain as much information as possible before jumping to conclusions.

Tyler is a five year old little boy who has been diagnosed with PTSD, ADHD, Autism Spectrum, Sensory Deprivation, and Attachment Disorder. The school district has collaborated with Tylers therapist and issued an IEP to help Tyler obtain better assistance in school so he may succeed. On one hand this is very helpful for Tyler’s education on another hand it can be detrimental to his social growth.

After a long discussion with Tyler he expressed feelings of boredom at school along with feeling ignored by the teacher at school (attention seeking action). Tyler’s grandmother also did a little research on-line and learned there are several reasons a child may act out in such a manner, which also includes reasons Tyler stated.

There are four catagories a child could fall into, they are:

Sensory ~ Tyler has been diagnosed with sensory deprivation and feels the need to experience different textures and sensations.

Psychological ~ Tyler has been diagnosed on the Autism Spectrum.

Medical ~ Tyler has been battling intestinal problems that have worsened over the past 6 months and has an intestinal/anal infection, which explains his moodiness.

One could argue there’s an excellent reason for his behavior based upon science but what about an argument he’s also a child who is entitled to unexplained behaviors just like “normal” children? Had Tyler not been ‘labeled’ with diagnosis upon diagnosis his behavior at school would have been blown off as misbehaving and a cry for attention. Tyler’s grandmother would’ve never been confronted with a medical release form.

Not everything is black and white, there are grey areas and in order to find the truth all aspects of a situation must be taken into consideration and just because a person has been labeled with medical issues and diagnosis doesn’t mean they cannot be a “normal” child acting out seeking attention in need of compassion, understanding, and guidance.