An Agonized Death That Didn’t Have to Happen

By Richard A Lawhern PhD 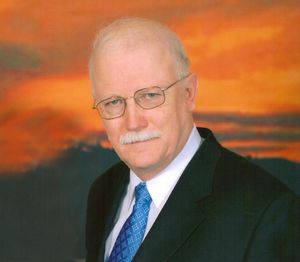 Dawn Anderson was 53 years old, and a former Registered Nurse.  Her family has granted permission to share the story of her last days.  The story is both horrifying and highly representative of many others in social media, related by surviving family of deceased pain patients.  These are patients who – in effect if not from deliberate intent – have died in entirely avoidable agony because of the 2016 CDC Guidelines on prescription of opioid pain relievers to people with chronic pain.

Dawn was diabetic.  She had also suffered from kidney disease.  She had lost both legs and one eye, resulting in severe pain for many years, which until recently was managed with opioid pain relievers.  However, her physician – Dr. Paul C. Madison -- appears to have had offices in as many as eleven US States, from which he dispensed very high volumes of opioids.  His difficulties with regulators go back to at least 2012.  He now awaits sentencing for operating pill mills and billing Medicare for millions of dollars in services he didn’t deliver.

When Dr Madison was barred from further treating patients, Dawn sought help from multiple pain management doctors in her area.  However, she found that many were no longer accepting new patients.  Among the few who would see her, none would treat her with opioids at the dose levels that had been effective for her in the past. Several were transitioning their patients to Suboxone programs, or recommending steroid shots.  Her most recent pain management doctor refused to prescribe above 90 Morphine Milligram Equivalents (MME) per day, citing the CDC “guidelines” as a de facto maximum allowable dose level.

Like many patients with chronic pain, Dawn’s medical situation was complex and involved several interacting medical disorders and issues.  She had a history of MRSA – a highly aggressive antibiotic-resistant staph infection.  She had also personally observed many patients in whom spinal injections had led to worsening pain.  She refused both Suboxone and steroids.

On March 4, 2019, a family friend spoke with Dawn.  She was very tired and not feeling well. Her husband was calling from work throughout the day.  When she did not answer, he called the police department and asked for a wellness check. When police arrived, they found Dawn had fallen out of her wheelchair and was unconscious on her living room floor. She was transported to a hospital.  When she regained consciousness, she was very confused.

Hospital physicians determined Dawn had a severe urinary tract infection and her kidneys were failing. She was admitted to ICU and a doctor ordered a dialysis tube. Staff also forcibly started her on Thorazine injections, as she was refusing dialysis.  They asserted that she was mentally incompetent.   Family members observed that she was covered in bruises due to the force used when pinning her down to administer the injections.

On March 10th, Dawn was moved from intensive care to a regular room. Her daughter called a family friend so that Dawn could talk to someone she liked and trusted.  The conversation was very difficult.  The friend asked why Dawn was refusing dialysis.  Dawn replied “I just can't take it anymore.”  She anticipated having new issues with the dialysis, but most important was her unbearable pain.  Hospital staff had again refused to provide adequate treatment with opioid pain relievers.

Both Dawn and her friend were in tears, but Dawn was adamant:  “Honey, I love you, but I can’t suffer any more.  The pain is unbearable and I just can’t fight any more.  If you keep begging me to, I will hang up.”  She and her family had talked about Dawn entering Hospice care, where she would at least be treated for her pain.  She was released from the hospital that day to go home.  Her friend spoke with Dawn an hour later.  She was tired, but had at last been placed on comfort care.

What can we learn from this deeply disturbing narrative?  Would Dawn have lived much longer if she had been treated adequately with opioid pain relievers?  That is impossible to say with confidence.  But what is clear is that this woman died in needless agony.  She should never have been forced to see a pill mill doctor in the first place. And she should never have been forced to taper from effective dose levels because legitimate doctors were intimidated by CDC and State regulators into refusing effective – and largely safe – therapy with opioid pain relievers.  By any other name, this is State sanctioned torture.

It is not accidental that the American Medical Association has recently repudiated the CDC guidelines.  But the government dinosaur’s bureaucratic brain is in its tail and it hasn’t gotten the message yet. CDC has merely doubled down on the mythology that doctor over-prescribing caused our “opioid crisis”.  They are running away from their own data which demonstrates the falsity of this assertion. There is very little relationship between physician prescribing and either opioid addiction or overdose deaths. But the only metric CDC seems willing to use to measure the success of the war against drugs is reduced prescribing to people in pain.

It is time for this madness to stop!  Opioid prescribing guidelines need to be taken out of the CDC and rewritten from the ground up by more truly competent Agencies, or by professional groups within medicine itself.  And this time, multiple patient advocates need to be voting members of the writers’ group.